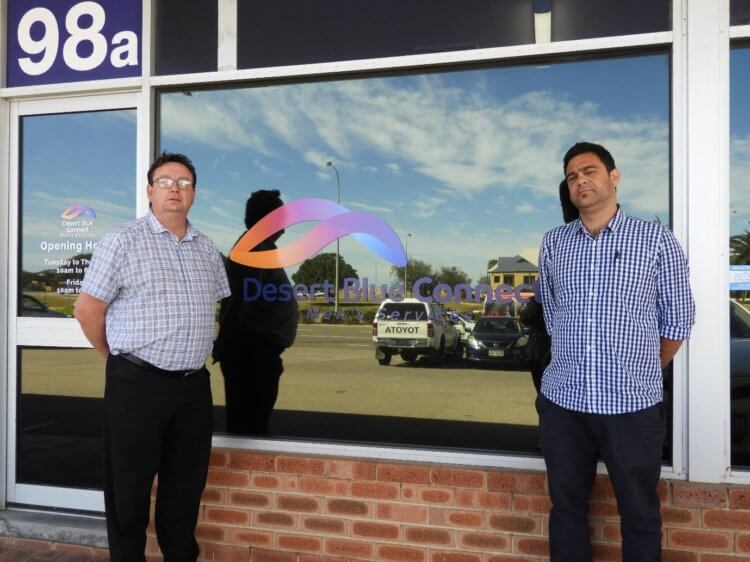 The MCIS service will run from the new men’s office, located at 98a Chapman Road, Geraldton (next to Cut Throat Joe’s Barbershop) and is open from 10am to 5pm Tuesday to Thursday and Friday from 10am to 5pm.

There are many services available in Geraldton for women who are predominantly victims of family violence, however there this is a scarcity of services for men who abuse.  The MCIS meets a gap in the community for men who perpetrate family violence and aims to provide a supportive place for men to seek timely help.

Trent Ward, Men’s Community Intervention Officer will be working with the men referred to the new service.

“We are going to provide a safe place for men who use family violence so they can talk about their issues and their behaviour to women and children,” he said.

“This is a community program for men who use violence, meaning anyone can refer themselves, you don’t need to be referred just by an agency.  We expect men who are motivated and willing to come and see us at the men’s office so they can address their violent behaviour and look to make changes,” said Mr Ward.

Russell Pratt, the CEO of Desert Blue Connect, advised that two new male family violence officers had been employed in the new service.

“We are particularly pleased to have attracted a Men’s Community Intervention Officer of the calibre of Trent Ward,” said Mr Pratt.  “His experience throughout the Northwest of Western Australia and Northern Territory working in community will prove invaluable in laying the foundations for ongoing success of this new project.”

“His skills coupled with the local knowledge of Cleave Narkle, should enable a strong partnership to develop.”

“It is exciting to be working pro-actively to reduce family violence within this region,” he noted. “Hopefully as a community we can better utilise resources currently spent dealing with the impact of family violence.”

The MCIS is funded by the WA Police Special Plate Funding and is a pilot program which will run for one year.  The service will work closely with police and other key agencies to ensure safety for partners and their children.

Men wishing to make an appointment can ring the Men’s Community Intervention Officer on 0499 348 789 or drop into 98a Chapman Road, Geraldton.

The ‘GO’ button will quickly close this webpage and open a new window or tab showing an inconspicuous page. Use this if you are concerned about being caught using this website.

Please note this will not remove this website from your browser history, and the page WILL still be accessible if the browser’s back button is used.

If you are concerned about your online privacy please consider the following safety tips: